Bradley Denny of Archers of Raunds returned from China this week where he competed in the Youth Olympic Games. This is what he had to say about his experience on his Facebook page.

I would seriously like to Thank friends and family and the support they showed for me from back home, on this particular trip being in China for so long, it was very helpful! All the words of encouragement were really nice to read and know that so many people are behind me!”

For the full story and to follow Brabs progress visit the Archery GB website, and the official for the Youth Olympics in China. 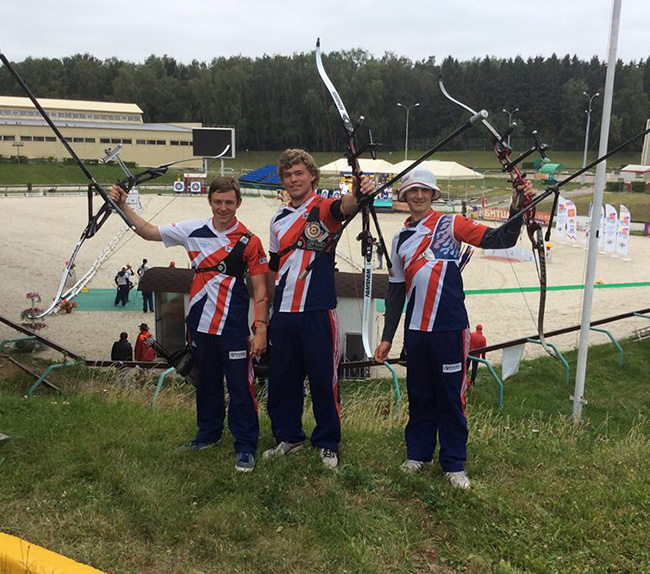 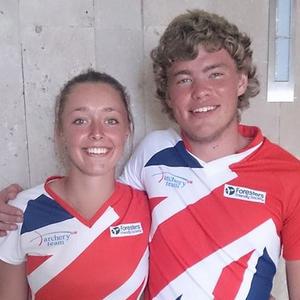 Both Jon Bull and Bradley Denny have won team medals for Great Britain at the European Outdoor Youth Championships in Ljubljana, Slovenia!

The GB Recurve cadets team of Brad, Joe Ground and Jack Masefield, beat Turkey in the gold medal match with a 5-3 victory. Having beaten Czech Republic 6-0, Russia 6-2 and the Netherlands 6-2 along the way.

The Compound junior team of Jon Bull, Jake Burn and Jordan Mitchell, beat the Italian team in the quarter final 230-223 and then Russia 227-222 in the semi’s to reach the gold medal final. The Swedish team were just a little to strong for them in the end, so it was Silver for them on the day.

Jon Bull had a great tournament overall, just missing out on an individual medal finishing in fourth place losing 144-135 to Christos Aerikos of Greece in the bronze medal match.

The Northamptonshire Telegraph have featured a story about Jon Bull and Bradley Denny representing GB in Slovenia.