On 27th March 2011, the first ever EMAS Region Intercounty Clout tournament took place which was hosted by Kettering Archers on behalf of Northamptonshire County Archery Society.

A Record Status FITA Double One-Way Clout was shot. Teams were made up of 3 Recurve, 3 Longbow and 3 Barebow archers (of either gender) with the top 2 scores counting.

Northamptonshire, Lincolnshire, Derbyshire and Nottinghamshire all entered teams but on this occassion unfortunately Leics. were unable to. It is hoped that next year Compound archers will be included too.

The weather was mild with only a slight wind- always a bonus! The day was hailed a great success with everyone having a really relaxed , friendly shoot. 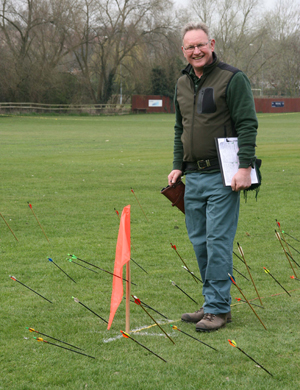 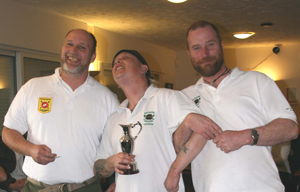 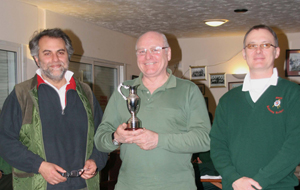 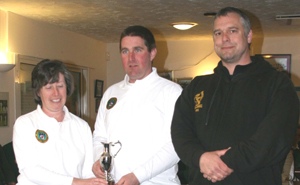 It was a very close competition but in the end the winners were Northamptonshire’s Longbow & Recurve teams and Derbyshire’s Barebow team.

Northamptonshire County Archery Society now has a ‘Dartfish’ coaching kit available for the use of all County clubs. The kit contains all you require to use it as a coaching aid (laptop, software, camera & tripod) and
we would encourage all clubs to use this fantastic equipment as part of their coaching strategy.

All equipment failures, losses or breakage’s must be reported on return of equipment. It is the responsibility of the clubs to ensure they comply with the GNAS rules for the use of video and computer equipment.

Any video that are required to be kept must be backed up prior to the return of the equipment as the computer will be cleared down on a monthly basis.

Maggie is a highly experienced professional archery coach based in Leicester. A former GB junior squad coach, she has more than 30 years of experience with recurve and compound archery. She is also highly experienced with bow set-up and tuning, having worked at Quicks archery shop for a number of years.

Congratulations to Martin Ross of Long Buckby AC for breaking the Gents Compound county record FITA 18 with a great score of 580. Martin shot the new record at WOAC’s 4th Jim McKeown open FITA 18 tournament on 20th February 2011. The prevous record of 572 was held by Stuart Morris of WOAC since September 2007.

On the day, Martin also took the county record for the Double FITA 18 round with 1154 after a great second round score of 574.
Results

Congratulations to David Forster of Nene Bowmen for a new Junior Gents Recurve FITA 18 county record of 552. David held the previous record with 545. David achieved this score at a club target day on 17th January 2011.

Congratulations also to Angela Plater of Nene Bowmen for a new Ladies Longbow county record of 188 for a FITA 18 round.
The previous long standing record was held by J.Kirkton of Northampton AC since 1991. Angela achieved this score at a club target day on 20th October 2010.