Deb Wright of Pemberton Maid Marions was invited to the Royal Toxophilite Society Fletchers Day for Archers with a Disability on 12th May.

Deb won her category of Visual Impaired Recurve, scoring 744 for the Burntwood Albion round.  She was awarded a hand made box and pen, made by the previous master of the fletchers, from English Cherry wood.

Funding has been approved this year to help with monthly coaching sessions to be held at Stoke Mandeville Stadium from October through to March.

Deb retained her National Indoor title for Visually Impaired Open Recurve, with British Blind Sport. She has held this title since 2016.

She also defended her National Outdoor title with British Blind Sport in September at lilleshall, having held this since 2015. On the same weekend in September Deb will be competing in the National Disabled Championships at lilleshall, where she placed 2nd in 2018 & 1st place in 2017. 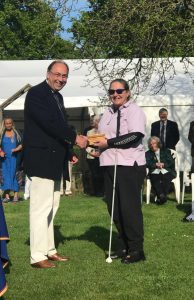 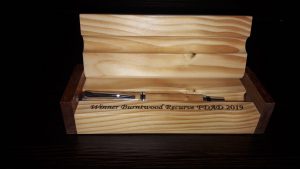