Susan said on social media; “Yes! I’ve qualified for the 2019 @archerygbofficial National Tour Finals. Having just missed out last year I was even more determined to make the top 8 this year. Looking forward to seeing this years new venue!”

The Finals take place on 28 & 29 September 2019, and the stunning venue of Caldicot Castle in Monmouthshire. For more information visit: https://www.archerygb.org/ntfinal 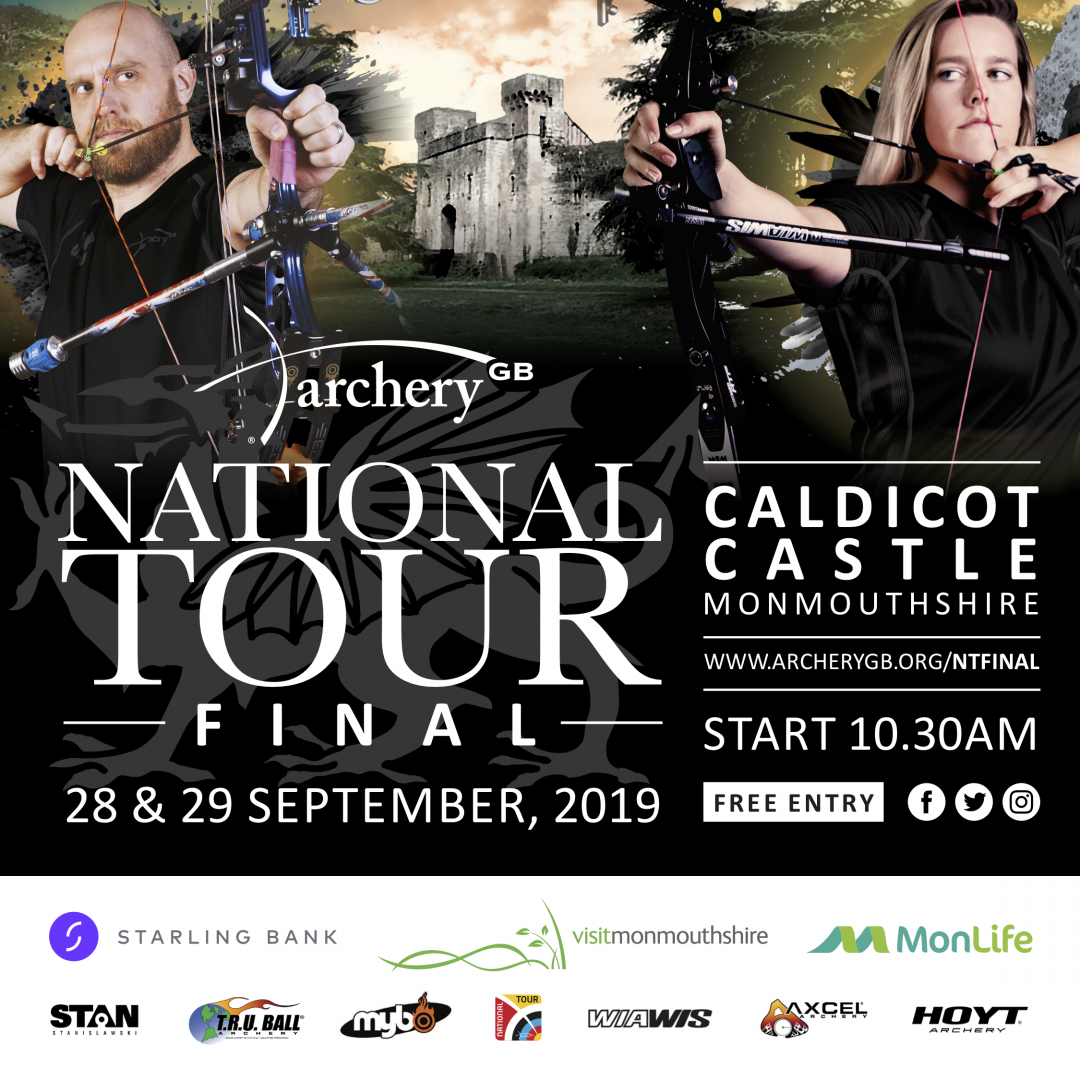 Susan place 3rd on both days to give her 1st place overall on what was a very challenging weekend weather wise.

The results can be found here. 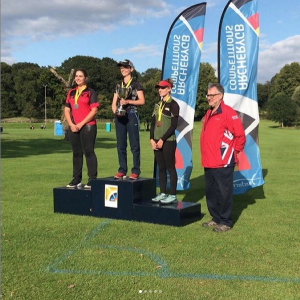 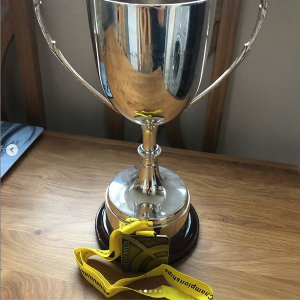 Huge congratulations to Susan Corless of Northampton AC, for picking up a team silver medal at the Berlin stage of the Archery World Cup, alongside team mates Sarah Moon and Ella Gibson.

The Great Britain Ladies Compound team made it all the way to the gold medal match, where they narrowly missed out to a very on form Turkish team.

This was only Susan’s second World Cup appearance, and the result has moved Susan up in the World Archery rankings by 78 places to 65th. And helped to moved the Great Britain Ladies Compound team up from 8th to 5th.

Congratulations also to long time county archer James Mason, for winning the mixed team gold medal alongside Ella Gibson. An excellent display in the final against Slovenia ended a long seven year wait for a GB gold medal at a World Cup event. 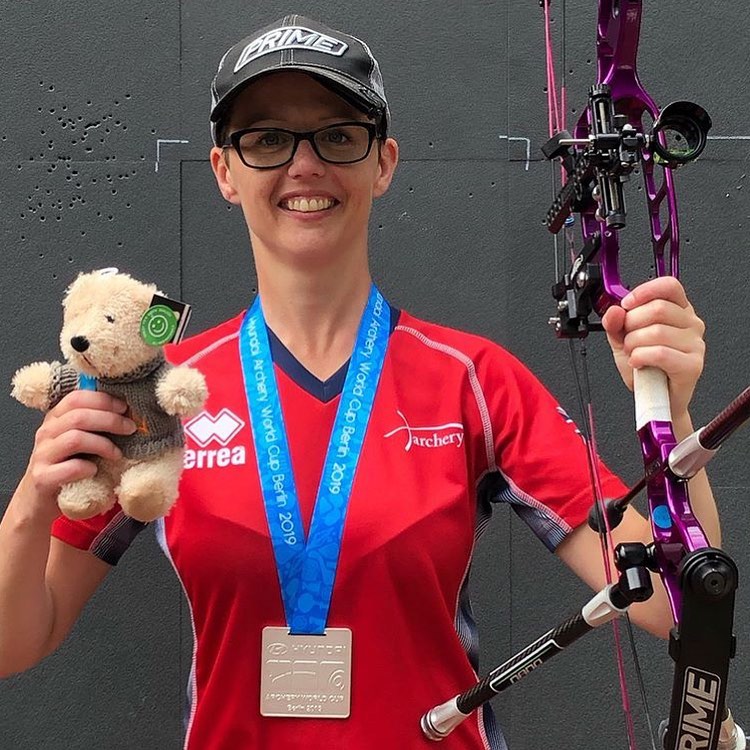 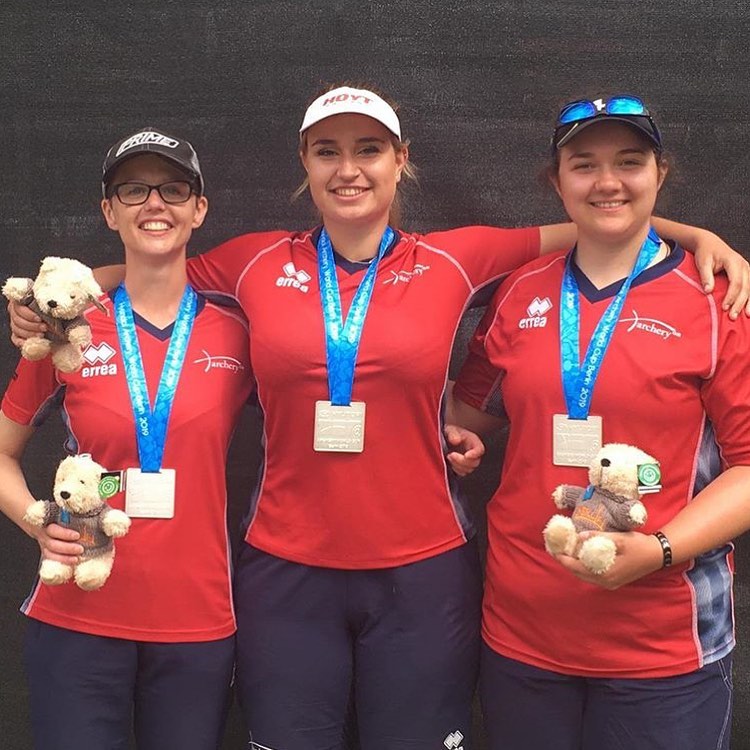 NCAS would like to congratulate former long time county archer James Mason for what’s been a fantastic year.

In August James was part of the three man Great Britain Men’s Compound Team, along with Neil Bridgewater, and Adam Ravenscroft, who won the gold medal at the European Archery Championships in Legnica, Poland. They came through a dramatic final against France to win by a single point. James shot extremely well throughout the finals, as many watched it all unfold live on the BBC Sport website.

On top of that, in September James also won his first Archery GB National Tour Grand Final at Lilleshall. Beating two-time winner Chris White in the Semi’s to face another two-time winner, GB team mate and fellow European gold medalist, Neil Bridgewater in the final. James took the title with a 147-144 win.

Susan Corless of Northampton AC and James Mason of Kettering Archers have both been confirmed as members of the Archery GB funded Compound National Archery Squad for the upcoming year.

This follows a successful season in 2017 for both archers, including representing Great Britain at the World Archery Championships in Mexico in October.

Also, Iulia Petre of Corby Archers has also been selected on both the National Youth Squad and the Development Squad for the upcoming year.

Full details of the National Squads can be found here – here.

It’s been a particularly successful year for Susan, who recently won Northamptonshire Local Sportswoman of the Year 2017. 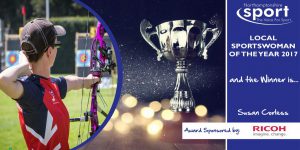