As the heading suggests, we have been approached for an inter-county match with Somerset County Archery Society, and we have arranged a socially distanced match. Details as follows and we are hopeful that all NCAS clubs and archers will be able to take part.

2. Eligible archers: All genders and ages. If a junior please give your age and round/distance shot.

3. Bow Styles: All Including Traditional (Wooden Arrows, BB & Horse Bow) outside of Longbow.

5. How round is to be shot: Where possible can the 6 dozen be shot on the same day.

6. Record all the scores as you would normally, X`s, 10`s and so on. Please submit the final score totals only (not each individual arrow value) in the normal format, including the following information. Archer, Gender. Senior/Junior (if junior age and which round shot), Club, Bow Style, Score Info.

7. All the scores will be on trust. We will be watching you.

8. Scores can be submitted either by sending the details direct to myself or your club selection committee volunteer. If these are to be sent direct to me please let me know details as mention in point 6.

Club’s, please let your members know about this postal match, and let me know if we can expect scores from your archers.

This shoot was in aid of Cransley Hospice, and over £2000 has been raised so far.

Our very own Helen Sharpe has been hand picked from thousands of volunteers throughout the UK supporting a range of causes, to receive a Platinum Champions Award from the Royal Voluntary Service.

In honour of their Patron, Her Majesty The Queen and the great example she has set in her 70 years of service, Royal Voluntary Service launched the Platinum Champions Awards for volunteers.

The judges picked just 490 Platinum Champions to receive a specially designed pin and a signed certificate from HRH The Duchess of Cornwall.

“The Platinum Champions Awards, launched by Royal Voluntary Service in honour of Her Majesty The Queen’s 70 years of service, have given us the opportunity to celebrate the remarkable contribution of all volunteers, who truly are the backbone of our country.

Congratulations to all our Platinum Champions – and my heartfelt thanks to you and to the millions of volunteers across the UK who give their time and talents so generously.”

Her Royal Highness, The Duchess of Cornwall

“I first volunteered at the age of 16, I had finished my GCSE’s and had some time to kill before starting college for my A-Levels. I don’t recall how I found the opportunity but I spent the summer volunteering 5 days a week at a summer play-scheme for children with disabilities. It was hard work but rewarding.

At the age of 20 something happened after which I was determined to give what I could to help others achieve what they wanted to.

Here I am 27 years later, I have spent countless hours volunteering in many ways and I have always felt it a privilege to be allowed to be a part of peoples lives and see what they can do given the opportunity and support.

I have had many roles, helped at school with reading, trips and residential stays. Cubs, parkrun, home-start lots of ways.

But since Jack start shooting I have gotten involved in archery. Held a number of roles at club, county and regional level and for the last 3 years I have been an ArcheryGB Ambassador. I applied for the role and in my aims stated that I would work for inclusion and diversity, specifically towards disability and also trying to put archery into the hands of those who didn’t know how to access our sport.

In that time I have helped at the World Transplant Games, taken part in big weekend and start archery events, club have a goes and taster sessions, business games, school games, I have acted as agent to 15 archers, spotted for 2 VI archers, volunteered at competitions at various levels from club to national events, been on various workgroups and seminars around a variety of topics with the national governing body.

I also create my own projects and these are aimed mostly at grassroots and accessibility and inclusion.

The one I am spending more time in than others at the moment and the last 12 months is the archery in education project, starting with a call to get 6 weeks of archery in to 6 secondary schools in Northamptonshire. A year later I can say we provided archery in 4 primary schools, 12 secondary schools, 2 colleges and children educated in out of school settings.

A total of 806 individuals have tried archery in that time, through this project. 8 of the secondary schools have sustainable archery and continue to involve more new students in trying the sport. The out of school setting group had 7 months of weekly sessions which have currently been suspended but have seen 15 children join local clubs and we are looking to re-create access to these sessions later in the year. We have a number of new schools and colleges starting over the coming weeks and also moving out of county with coaches interested in taking the education project into their areas.

Following a blog I wrote regarding the changes for me from standing to seated archery and the struggles I have had a number of archers reach out to me to ask to talk and I have been privileged to help and support 12 archers in the changes that they have to face to continue in the sport.

I worked with the national governing body on the return to shooting phases and in particular around disability archers who found it harder to return.

I have also attended many sessions with 2 activity partnerships to focus on grassroots sports and how we can help and learn from each other.

Seeing the changes that lockdown had created in the well-being of juniors I created a space that club juniors could come and spend time at the range for monthly sessions with their club and senior coach along with myself as the safeguarding officer, shooting, chatting, eating out pack up on the range and just remembering how to be together again.

In order for me to be effective and continue to create ideas and opportunities I constantly work on my own learning.

In the last 3 years I have undertaken 13 training courses from taster to certificate to level 2 courses in a variety of topics, and attend regular learning sessions with transpire training, nspcc, mind, Northants sports, club matters, archery GB, open university, colleges and others.

I am humbled to have been nominated for a platinum champions award and especially having seen other nominees and recipients and their achievements.

I am most grateful when I have individuals or parents/carers who have watched their children access our sport and tell me how it’s created change in their well-being. This is the greatest achievement I can make.

I give anywhere between 15-30 hours a week as a volunteer to my sport and on the lower level weeks I am usually found volunteering somewhere else such as running/swimming through the activity partnerships.” 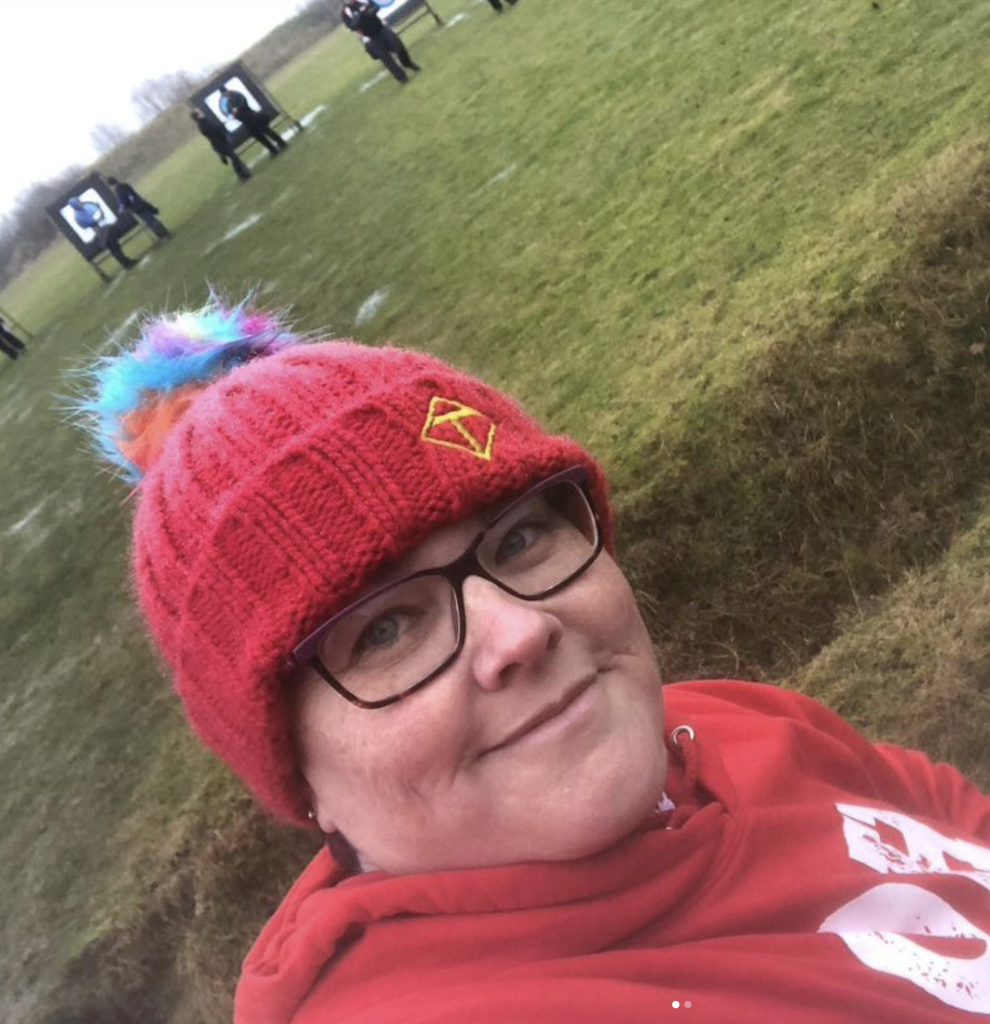 The results are now available from the NCAS Caswell Series, 1st Caswell Trophy Shoot kindly hosted by Archers of Raunds on Sunday 29th May 2022.