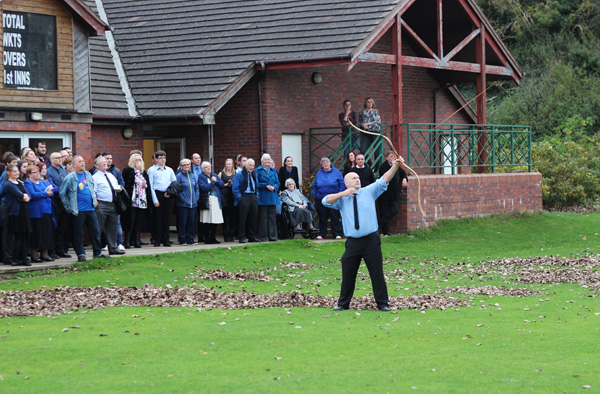 The Funeral of our County Chairman Chris Mason took place on Monday 20th October in his home town of Kettering. The day was a tribute to his life and he was given a great send off, including a fitting six arrow tribute at Kettering Cricket Club in the afternoon. As the sixth arrow was loosed, friends and family gave the call ‘Chris Mason, Archer of England’.

We would like to thank everyone who came to Chris’s funeral for helping to make it such a wonderful tribute and celebration of his life. It really meant a lot to us, his family, to see so many friends and people who knew Chris and who wanted to be there to pay their respects on the day.